Norwegian Air gets $ 1 billion in bailouts after financial cliffhanger 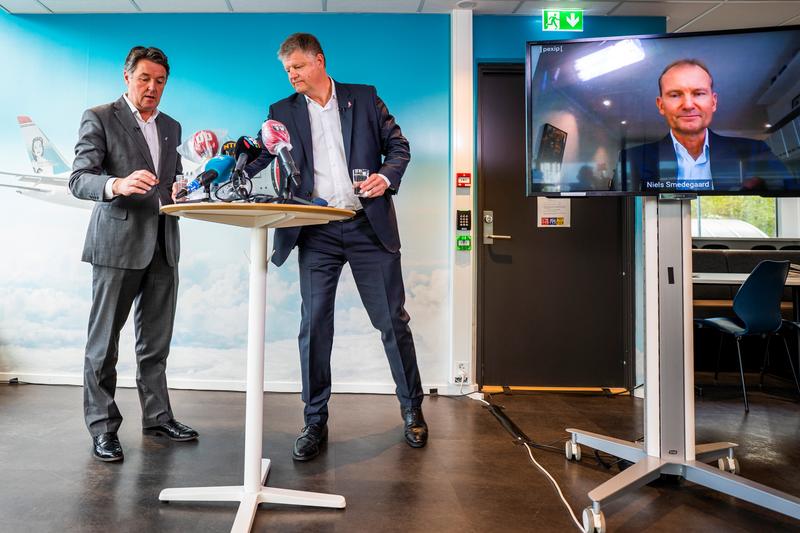 OSLO (Reuters) – Norwegian Air NWC.OL Shareholders backed its financial survival plan on Monday, with more than 95% of the votes cast in favor of converting nearly $ 1 billion in debt to equity and raising more cash from its owners.

The approval follows weeks of negotiations with creditors as thousands of Norwegian pilots and cabin crew were laid off. The bailout agreement sets the stage for a company relaunch in a scaled-down version when the coronavirus crisis subsides.

The bondholders, who narrowly rejected the plan on Thursday, were back on Sunday following further negotiations. Norwegian now expects the final creditors vote on May 18 to be “almost 100% a formality,” the company said.

“This is perhaps the most exciting financial thriller Norway has ever seen,” CEO Jacob Schram said at a press conference after Monday’s shareholders meeting.

Shares of the low-cost carrier rose 46% on news of the plan’s approval, although owners face significant dilution of their stakes as lenders take control of the business.

The bailout deal is a key part of the airline’s plan to tap into government credit guarantees as it seeks to weather the crisis, which has exacerbated its already severe financial woes.

Airlines around the world have been hit hard by the pandemic’s impact on travel, with many forced to look to governments for state aid to avoid bankruptcy.

Norwegian Air, which had accumulated around $ 8 billion in debt at the end of 2019, said ahead of the meeting that it had secured “strong support” from aircraft rental companies for its plan.

With 95% of its fleet stranded due to the pandemic, Norwegian Air has said it could run out of cash by mid-May unless shareholders back the plan.

Norwegian Air said lessors are now ready to convert at least $ 730 million in debt to equity, up from $ 550 million previously, and talks are underway for a possible further conversion.

“With significant contributions from lessors and bondholders, the company plans to convert over 10 billion crowns ($ 958 million) of debt into equity,” the company said.

Talks in recent weeks have involved 24 lenders and four separate groups of bondholders as well as banks and shareholders. At the same time, the company had to bring its fleet to a standstill and try to serve customers stranded by the crisis.

The company will now convert the bonds and lease debt into shares, and a public offering of up to $ 400 million ($ 38.4 million) from the sale of new shares. The terms of the sale of the shares will be decided later on Monday, Norwegian said.

Debt swap and share sale will allow Norwegian Air to leverage government guarantees of up to SEK 2.7 billion, which are dependent on reduced leverage, in addition to the SEK 300 million that she has already received.

The plan will hand the majority stake back to the airline’s creditors and could leave current shareholders just 5.2%.

The loan could allow Norwegian Air to continue until the end of 2020, although additional liquidity may be needed with a view to a gradual ramp-up next year and normalization in 2022, although with a reduced fleet.

Norwegian Air only pays bills vital to maintaining minimal operations, such as salaries for staff still employed and critical IT infrastructure. He suspended payments for groundhandling, debt and leases.